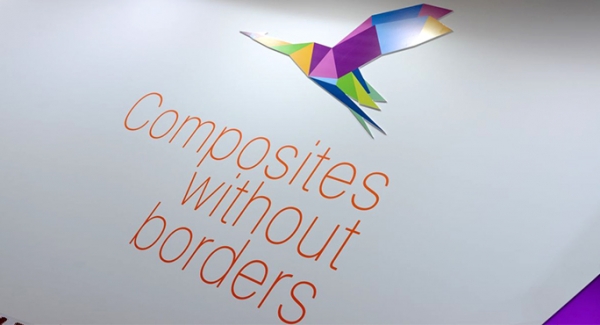 On October 25th the VI Forum "Composites without borders" was held at the Skolkovo Innovation Center. The forum was held with the support of the Ministry of Industry and Trade of Russia. Tulpar Interior Group acted as a partner of the event and presented three-layer cellular panels of its own production.

Within the framework of the Forum the opportunities and achievements of the country's composite industry were shown at the exhibition. Tulpar Interior Group presented a model of the interior of the aircraft using own-produced honeycomb panels, prototypes of three-layer honeycomb interiors, floors, as well as completely new developments of the company: bending panels (2D panels) and radio absorbing panels.

The developments of Tulpar Interior Group have aroused great interest among the organizers and participants of the forum - representatives of the aircraft manufacturing, shipbuilding, electric and automotive industries, construction companies. The main speakers of the Forum Viktor Evtukhov (Deputy Minister of Industry and Trade of the Russian Federation), Pavel Servatinsky (Director of Metallurgy and Materials Department of the Ministry of Industry and Trade of the Russian Federation Alexander Tyunin (General Director of UMATEX), Anatoly Gaydansky (Director General of JSC “Aero Composite”), Andrei Silkin (General Director of “Technology”).

As part of the award "Composites without borders. AWARDS” products of Tulpar Interior Group – “Composite floor panels in the passenger compartment and cargo compartments as a bearing element of the aircraft’s power structure” – was highly appreciated by the jury in the nomination “Leader in composite import substitution”.

The production of three-layer cellular panels and products are the key and promising areas of Tulpar IG in the light of Russia's import-substituting policy. In 2017 Tulpar Interior Group has built a new production building, purchased modern equipment and set up a production line for the cellular panels. Cellular panels are planned to be used in the construction of modern Russian MS-21 and Sukhoi Super Jet aircrafts.

View the embedded image gallery online at:
http://en.tulpar.aero/presscentre/news/146#sigProIdebc46debd6
back to top