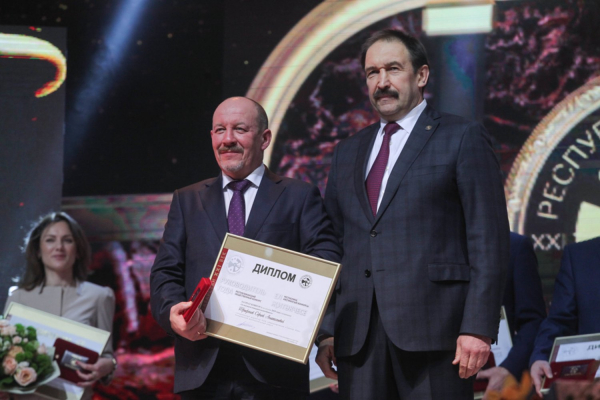 On December 24 a solemn ceremony of awarding the winners of Republican contest "Manager of the Year 2019" was held in Kazan. By tradition top management of the largest and most successful companies in Tatarstan is awarded by the President Rustam Minnikhanov and State Advisor Mintimer Shaimiev. In accordance with the decision of the Competition Commission the laureate of "Manager of the Year – 2019" in nomination "For the highly competitive abilities" was the General Director of Tulpar Air Ltd. Sergey Trifonov.

Sergey Trifonov has been the head of Tulpar Air since 2005. Under his competent leadership, the airline operates successfully, providing 100% flight safety, which is the main priority of Tulpar Air. Over the past 15 years, Tulpar Air annually becomes the winner of different reputable aviation contests and awards.

The contest “Manager of the Year” was established in 2002 with the goal to honor the most effective business managers of Tatarstan. “The winners of the competition represent various sectors of our economy. These are people who have taken the lead, such cadres are our wealth, pride and the basis of the well-being of our republic. All are united by the ability to set high goals and achieve their fulfillment. We are confident that the winners of the competition will ensure further innovative development of the economy and the well-being of residents of the Republic of Tatarstan”, commented Tatarstan Prime Minister Alexei Pesoshin.